The issue of ‘Love Jihad’ has drawn 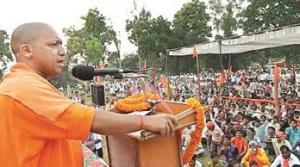 attention of many activists, academicians and lawyers and everyone who has taken a stand. Recently, two different views were published in one leading national daily, one after another. Madhu Kishwar wrote justifying the existence ‘Love Jihad’ and opined that ‘the angst about ‘love jihad’ has to do with surreptitious marriages, often under false pretexts or with the hidden agenda of forcing Hindu women into the Islamic fold as sex slaves and ‘love jihad’ has little to do with ‘love’ and it is more a trap than a romantic liaison.

That is the reason of causing upset amongst the Hindus, Sikhs and Christians. She went to the extent that ‘it is causing angst not just in India but also in other countries’. She finds support to her opinion with a misplaced reliance upon a 2009 Kerala High Court order of a single judge (Justice Sankaran).

No Muslim would endorse the deception in the name of love or religion as neither, love nor religion confirm the deceit. Even the ‘conversion’ just to suit the marriage would tantamount to blasphemy to the religion to which he or she would convert. However, at the same time when the experts write, they are supposed to institutionalise one’s biased opinion by making reference to the orders of the High Court which, in effect, was overruled.

Justice Sankaran’s view came in a bail application where the issue on merits are given as a matter of judicial discipline. It was as unusual as the judgement of US Supreme Court in Dred Scott v. Sandford (1857) in which the court declared that African Americans, whether enslaved or free, could not be American citizens and therefore had no standing in constitutional courts.

Today we have a 60 year old constitution guaranteeing ‘freedom of conscience’ and right to ‘profess, practise and propagate religion’ of his choice or not to follow the religion at all. If there is an element of coercion, the remedy is available for that as well.

Firstly, as per Justice Sankaran’s order, when the investigation was undertaken, the police found nothing as reflected in the order of the Kerala HC judge.

The Chief Minister of Kerala Mr Chandy had to clarify that there was no evidence of forced conversion in the state and the fear about Love Jihad was baseless and a division bench, passed the order staying the view of a single judge.

While writing on such sensitive issues, the author committed material suppression of facts while referring to the functioning of an institution and ignored the effect of our Constitution to support her personal opinion.

Even on the Meerut gang rape, Madhu’s view on Twitter was, ‘Wonder if abduction, gang rape, forced conversion, brutal beatings of Madarsa woman teacher in Meerut is an isolated case’ which did not find mention in the write up.

The second view was a converse by Mr Zafaryab Jilani who rightly objected to the term ‘love jihad’ stating that it has nothing to do with any religious movement. However he has concluded his views by stating that ‘Muslims do not want to reach out’ to explain the misconceptions among many Hindus and appealed to the Muslims to reach out to non-Muslims to clear the air.

His argument is that earlier, various instances of railway arson and loot, among other events, were projected to be permissible in Islam but the Ulemas held conferences and clarified that Islam didn’t allow the killing of innocents of any religion and that was jihad at all. Due to three broad reasons, I feel that reaching out will not work.

Firstly, the issues like terror, bombing etc were not clarified because of the stand that the Ulemas took. It was because of multiple factors. In the last 15-20 years the issue had become stale, and many criminals under trial found that the Muslim youth were falsely implicated.

In many terror cases, the accused were not from the Muslim community and hence, applying the same principle of religious affiliation would take them in the trap of maligning other religions as well. Secondly, the Muslims have already made it clear that Love Jihad, as it is understood by Kishwar, is crime and is illegal. Thirdly, irrespective of Muslims reaching out to clear the misconception, the issue shall be kept alive because it has been projected to make an issue of attack on the women and daughters of Hindu community (contrary to the issue of safety in general in case of terror).

Hence, till the time it does not back fire or again becomes stale, the matter shall not rest. Fourthly, why the Muslims should keep on taking the burden of clearing the misconceptions again and again which are created deliberately? There is no doubt, in general, that there has to be exchange of ideas in different sections of society and different religious, cultural and ethnic groups too.

Incidentally, the third view about Indian Muslims came on the same day from a foreign columnist Jake Flanagin, published in the New York Times stating about ‘why India’s Muslims haven’t radicalised’ despite the fact that ‘their condition has worsened’ and despite all this ‘India’s large and growing community of moderate Muslims should stand as evidence of Islam’s moderate and un-radicalised majority.’

Post 1992- Ram Tample, when the situation was coming back to normalcy, Gujarat riots of 2002 happened. Thereafter a series of terror attacks in the country have concluded that many undertrials were not Muslim youth and certainly not the terrorists. Who were they? We don’t know.

Now there is something called Love Jihad, in the same league of being another component of the propaganda to spread the sentiments of ‘Hindutva’ and to further marginalise the Muslim community which is already at the mercy of polarised society and once a group or community is such where it has no leader, no strength, no participation in the decision making and is marginalised, the people in power shall not hesitate in raising malicious campaign to attack the disposition of that community.

This article appeared in the Print Edition of The Millennium Post on 28th October, 2014
LINK