The Supreme Court, speaking through 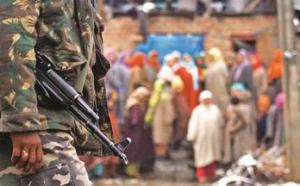 the Chief Justice of India, has laid down the norms, which will certainly create accountability on the police personnel involved in the killing of civilians in encounters. This is an another example where the Indian executive and legislature have failed despite recurring and repetitive grievances from the citizens and civil society complaining about the excesses of the police in taking precious life of the citizens of the country while justifying their actions in the wake of ‘riot control’, ‘anti-dacoity operations’, ‘control on terror,’ etc.

We framed the Constitution conferring Article 21, guaranteeing that ‘no person shall be deprived of his life or personal liberty except according to procedure established by law’. Later this has been interpreted by the Supreme Court to include right to food, education, shelter, and decent environment. Even handcuffing and parading of under-trial prisoners is violative of the basic right to ‘protect life and personal liberty’. The Code of Criminal Procedure set out the procedure in criminal investigations, strict adherence of which is the only way to deprive a person from his/her personal liberty or life.

The Supreme Court, in 1997, in D K Basu’s case, had spoken very strongly on the abuse of police power, custodial violence and death in police lockups and had issued detailed guidelines to be followed. In this background how the police can be left unaccountable in-case they take away the life itself without strict and serious scrutiny of their conduct while exercising such exceptionally serious power?

In one of the decisions of 2013, the Supreme Court despite being convinced that the killing of one Sunil by Haryana Police was a ‘fake’ encounter, still found itself helpless due to lapse of time and could only compensate the father of the deceased in terms of money despite the fact that the father was more interested in prosecuting the offender. The court in 2012, faced with similar circumstances, called such police action, even on dreaded criminals, as ‘State-sponsored Terrorism’. In 2011, while looking into another encounter by a cop, Prakash Kadam, the Court stated that the ‘case reveals to what grisly depths our society has descended’.

There are many other cases where the supreme court felt very strongly against the encounters by the cop. Now the court had to lay down the mechanism which includes recording of the intelligence or tip-off about criminal movements, lodging the criminal case in case of death in encounter, independent investigation by high ranking police officer of different unit to identify the victim, preserve the evidence, identify the witness, determine the cause, undertake forensic examinations etc to be followed by a magisterial inquiry as per the Code of Criminal Procedure and other steps to be taken simultaneously. It further directed that in case the victim’s family feels that the steps were not being followed or there being lack of impartiality and independence, the complaint can be lodged to the sessions court who shall be under obligation to look into the matter and address the grievance raised. But, despite all this, the police, through CID or the senior police officer of another police station has been made responsible, to undertake the procedural aspect initially to keep ‘check’ on encounters. The initial procedural steps to be taken are very crucial to make or break the foundation of the case and the same is to be done by the police itself. Hence, how fairly the direction of the court would be able to be implemented is a very serious question.

After more than 60 years of representative democracy in the country, why this lackadaisical approach by the executives: central and state, in failing to uphold such basic constitutional mandate and bringing proper mechanism to regulate and control this high handedness of the police? May be because the executives have taken unjust services of the police to maintain their strong hold in their constituencies and in lieu thereof the police have got immunity in the cases where they commit such serious basic rights violations. In majority of the cases, the police here can commit serious human rights violations and get away with it quite easily.

The accountability of police while prosecuting somebody, malafidely or recklessly is not a very strange concept. The large number of acquittals in criminal trials speaks very loud about it. Undoubtedly, the police have the prime duty to maintain law and order and while maintaining it, they have to use its force as well. Can that use of force in the name of maintaining public order be of such gravity so that it takes the life itself of the citizen? If the life of a citizen is the cost for maintaining law and order, then, at such cost, for whom the public order is being sought to be maintained? Even in most serious offences like terror cases, genocide or organized communal violences, if the accused is nabbed, for depriving his personal liberty, there is procedure established by law which has to undergo serious judicial scrutiny. Why not check the conduct of the cop if they straight away resort to taking somebody’s life away? In that process the apex court guideline is a step forward. However, whether the guideline shall be implemented in its true letter and spirit is now a matter of concern where the civil society and the family of victims have to keep a close eye.

The police, themselves, have taken the duty of collecting the data through the National Crime Records Bureau, which releases the data every year and that also includes the data of fake encounters by the police. At the police station, where getting a normal offence registered (into an FIR) itself is a difficult task, how correct would the data be, is a matter of serious doubt. Supreme court has also raised doubt on correctness of such figures in this judgment.

The question is why the country has remained so casual on this issue? Why the supreme court is again and again compelled to lay down guidelines in relation to protection of basic rights of its citizens, be it the case of preventive detention, harassment of woman at work place, investigation in rape cases, registration of cases and investigation in communal violence etc. Most of the time, the protection is required from cops or they have to be reminded about discharging their duties towards citizen. As an institution, the general pattern is that the people controlling and regulating the institutions do not want to be transparent and fair to the citizens.

The institutions, be that executives, bureaucracy and judiciary to an extent, all have been quite reluctant in being transparent in their own functioning but at the same time each organ has come out strongly to check the transparency of the other organ. The police system and army are the most reluctant amongst all of them.

This article appeared in the Print Edition of the Millennium Post on 30th September, 2014
LINK