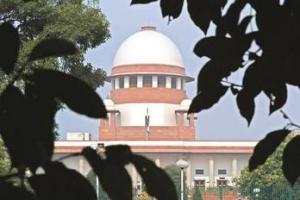 If a formal opinion is sought from an Islamic scholar, competent to issue such opinion, on an Islamic issue that may be understood as a ‘fatwa’. To put it more succinctly, it’s the formal opinion given on a judicial or legal question to understand the legal position as per Islamic law. It is like an opinion on general legal issue sought from a lawyer competent to practice law.

It is important to point out that in case of disputes between two Muslims regarding intestate succession, property rights, marriage, dissolution of marriage, maintenance, guardianship, trust, waqf, among other issues, the same has to be decided as per the Muslim Personal Law (Shariat) Application Act 1937. In most of the cases, the courts of laws decide as per the Shariat. In the light of that background, it is necessary that the Personal Law is seen and clarification on certain issues may be sought by way of opinion from the people who know the Personal Law (Shariat).

Recent judgment of the Supreme Court gave certain clarifications on fatwas’ legal basis and its enforceability in our legal system, which is based on the Constitution. Many of the news reports wrongly quoted that the Supreme Court had declared fatwa and Dar-ul-Qaza to be illegal. The judgment of the Supreme Court came on a petition in a public interest litigation by citing few examples of fatwa which had been taken from a competent person by disclosing incomplete facts. The petition in the Supreme Court had cited few bad examples of fatwa to declare the entire process as illegal. The contesting parties like All India Muslim Personal Board and Dar-ul-Uloom, Deoband submitted to the court that they had ‘no authority, means or force to get their fatwas implemented and the writ petition is based on ignorance and/or misconception that they are parallel courts or judicial system’ and ‘it is within the discretion of the persons or the parties who obtain fatwas to abide by it or not’. With this being the case of the contesting party, the petitioner’s still pressing to declare this process as illegal, was not understandable and appeared to be without justification. That is why the Supreme Court had to clarify that ‘the grievance of the petitioner that Dar-ul-Qazas and Nizam-e-Qaza are running a parallel judicial system is misconceived.’ It is a clear case where despite the contesting party having conceded to the case, the petitioner wanted the court to adjudicate the matter.

It is admirable that the Supreme Court has taken up the issue and clarified the petitioner’s invented take on the quandary. It would have been better if the Supreme Court had also relied upon the Act of 1937 to clarify that Muslims have right to get their personal issues of civil nature adjudicated through Shariat courts, since rights to have adjudication through Personal Law was ‘sanctioned under our constitutional scheme.’

However, it needs to be stressed that enforcement of fatwa by the competent court or through a privately managed body was ‘not under our constitutional scheme’. But that also would not mean, as the Supreme Court says, that the matter of issuing fatwas itself would not be illegal. Since it is an informal justice delivery system with an objective of bringing about amicable settlement between parties, the parties concerned have discretion to accept or reject it. Even otherwise, as a matter of discipline and realising its lack of authority, Dar-ul-Qaza does not deal with criminal matters at all and any other matter which is already sub-judice in the court of law. It acts as a private body to resolve the dispute, with consent of the parties, in the light of accepted Islamic legal positions.

It’s a lot like arbitration proceedings, where with consent of the parties, any civil dispute can be entrusted to any private person, retired judge or the body like Indian Council of Arbitration. The Constitutional setup of our country recognises this process. Essentially, Dar-ul-Qaza is a similar private body which contesting parties could approach for resolution of dispute in the light of Muslim Personal Law, as the latter is recognised in our Constitutional setup for such adjudication of disputes since 1937.

The purpose of fatwa is not only to clarify the legal question but it also helps in understanding the actual position within Islam on a particular issue. Hence, it should not always be seen from a legal angle. It can also be compared with soliciting the legal opinion of a lawyer on a particular subject matter. The requirement is that the concerned issuing authority must be a competent authority. If facts and background are provided to the issuing authority, be it a lawyer or Daru-ul-Qaza, there should not be any objection in giving opinion to the person who is asking for it.
Here is the difference with the present judgment where it has held that if a fatwa is sought by a complete stranger on an issue not concerning the community at large but individual, then the Daru-ul-Qaza may consider the desirability of giving any response and while considering, it should not be completely unmindful of the motivation behind the fatwa. Even if we stretch this issue to maximum extent of the highest international body, Islamic Fiqh Academy, of which there are about 57 Muslim member countries, fatwa rendered by them is also not binding on any one.

There have been fatwas against smoking of cigarettes by Muslims, another fatwa in Iran against production, stockpiling and use of nuclear weapons, fatwa against children’s game Pokemon, etc. How have these fatwas been treated? Considering the fact that the judicial system of our country is over and above the privately established system, which has right to overrule the opinion by applying the law of the land, one should not panic and approach the court to have the entire system declared illegal.

Just because few people carry an aideological baggage, not in conformity with the practices of others, doesn’t mean we go demolishing perfectly legal edifices.

This article appeared in the Print Edition of The Millennium Post on 15th July, 2014
LINK

The rights of the content herein are the exclusive property of M R Shamshad. No part thereof may be reproduced without express written consent.